••• The S&P 500 battled back from an early 1.4% decline on Thursday to close lower by just 0.2%. Value-oriented stocks led the rebound effort at the expense of their growth-oriented peers, evident by the 1.1% gain in the Russell 2000 and a 0.5% decline in the Nasdaq Composite. The Dow Jones Industrial Average declined 0.1%, while one of its lowest-priced components in Walgreens Boots Alliance (WBA 37.64, +1.73, +4.8%) rose 5% following its earnings report. The early weakness was attributed to ostensible growth concerns caused by renewed lockdowns in Europe amid rising cases of coronavirus and by a 53,000 increase in weekly jobless claims to 898,000 ( BlueSuisse.com consensus 830,000). In addition, disappointing revenue guidance from Fastly (FSLY 89.70, -33.48, -27.2%) did take some steam out of many growth-oriented stocks. Investors, however, steadily bought the dip throughout the day that lifted every sector off its low and notably pushed the S&P 500 energy (+1.2%), financials (+0.8%), real estate (+0.5%), and industrials (+0.4%) sectors into positive territory. Note, these sectors are among the five S&P 500 sectors still down for the year. The information technology (-0.4%), communication services (-0.7%), and health care (-0.7%) sectors were among the day`s laggards. Earnings-driven gains in Morgan Stanley (MS 51.33, +0.68, +1.3%) and Charles Schwab (SCHW 39.03, +1.91, +5.2%) provided the lift for the financials sector, which had struggled this week amid lackluster/disappointing reactions to previous earnings reports. United Airlines (UAL 34.25, -1.36, -3.8%) reported worse-than-expected results, which kept the airline stocks grounded today. Treasuries finished near their flat lines after starting the session with modest gains. The 2-yr yield was unchanged at 0.13%, and the 10-yr yield increased one basis point to 0.73%. The U.S. Dollar Index advanced 0.5% to 93.83 amid relative weakness in the British pound. WTI crude futures declined 0.2%, or $0.06, to $40.96/bbl.
••• Reviewing economic data:
Reviewing Thursday`s economic data:
•   Initial claims for the week ending October 10 increased by 53,000 to 898,000 ( BlueSuisse.com consensus 830,000). Continuing claims for the week ending October 3 declined by 1.165 million to 10.018 million.
•   The key takeaway from the report is that the exceedingly high level of initial claims will contribute to the view that the recovery in the labor market is slowing and speaks to the need for more stimulus to keep it from getting worse.
•   The Philadelphia Fed Index climbed to 32.3 in October ( BlueSuisse.comconsensus 16.0) from 15.0 in September.
•   The Empire State Manufacturing Survey for October decreased to 10.5 ( BlueSuisse.com consensus 14.0) following the prior month`s reading of 17.0.
Import prices increased by 0.3% in September, and prices excluding oil increased by 0.6%. Export prices increased 0.6% in September, and prices excluding agriculture increased 0.3%.
••• Looking Ahead:
•  Looking ahead to Friday, investors will receive Retail Sales for September, Industrial Production and Capacity Utilization for September, the preliminary the University of Michigan Index of Consumer Sentiment for October, Business Inventories for August, and Net Long-term TIC Flows for August.
••• Stock Market Sectors:
• Strong: Real Estate
• Weak: Financials, Health Care, Information Technology 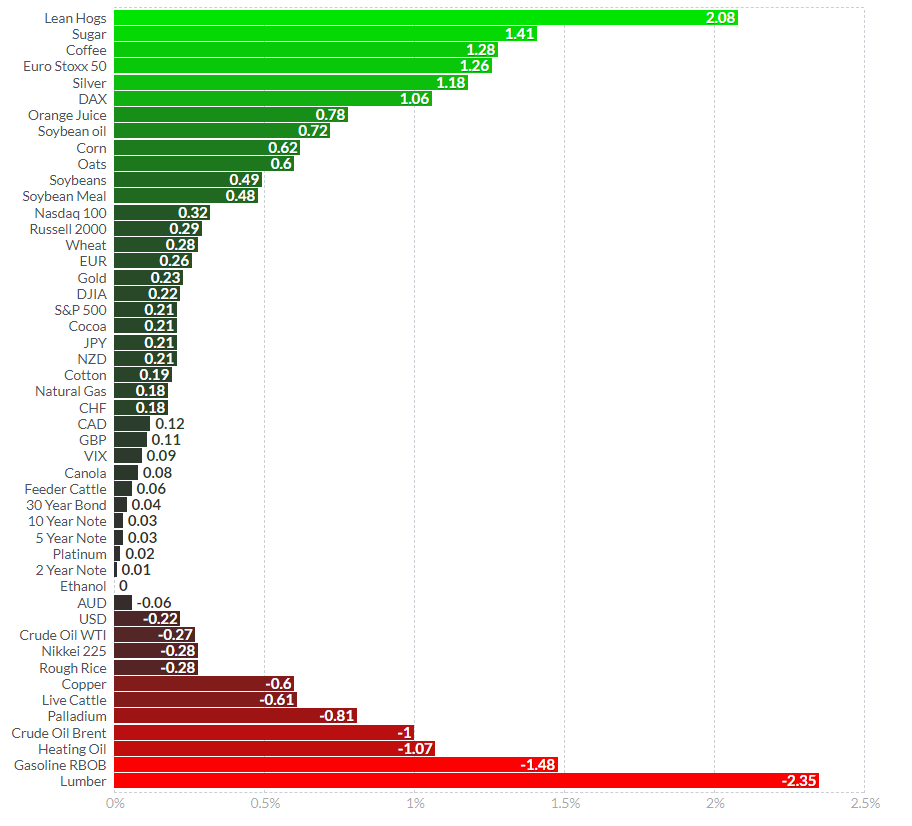 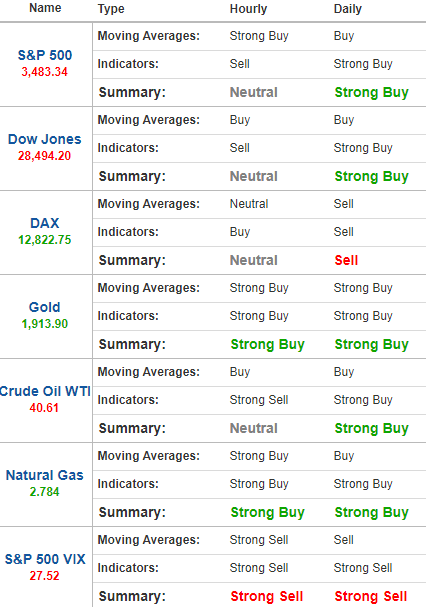 Disclaimer Important risk disclosure Privacy policy Terms and conditions Negative balance protection policy Conflict of interest policy GDPR and cookie policy MiFID client categorisation Deposit and withdrawal policy
CFDs are complex financial products traded on margin. Trading CFDs is risky and may not be suitable for all investors. Ensure you understand the risks involved as you may lose all your invested capital. Past performance of CFDs is not a reliable indicator of future results. Most CFDs have no set maturity date and a CFD position matures on the date an open position is closed. Please read our Important Risk Disclosure.

Blue Suisse Limited is authorised and regulated by the MFSA (Malta Financial Service Authority) holding Category 2 Investment Services license nunber IS/59928. For a copy of the license please click here.