••• USD: Fed President Bostic’s comments earlier this week appear to have set markets up for a more hawkish tilt from other Fed speakers where he expects rates to remain on hold throughout 2021 and would consider the prospect of hikes for 2H’22, but would also be open to QE tapering later in the year. His views are contingent on the virus and vaccine distribution; but if all goes well, then “I think that there`s some good upside potential there for the economy and Fed policy will need to react to that”. He also indicates he was not worried about the current rise in 10y yields.
•••    USD: However, it seems other Fed speakers overnight have a slightly more dovish tilt and continue to emphasize Fed accommodation would define the near-term. Cleveland Fed President Loretta Mester highlights that there is “no need to change policy if the economy unfolds as expected” and emphasizes the Fed’s outlook would be conditional on the effectiveness of vaccine distribution and the broader COVID response (similar to Bostic). But Mester also makes more dovish overtones by suggesting Fed policy should be “patiently accommodative,” and considerations for adjustment should only arrive if the recovery is “much stronger than expected.” In a direct reference to US real yields, Mester also alludes to earlier comments by Fed Chair Powell, remarking the Fed
would be tolerant of short-run “transient inflation”. This gives scope for US real yields to fall (and USD to weaken) around mid-year. Echoing Mester’s comments, Boston Fed President Rosengren sees the discussion of tapering as unlikely “anytime soon,” and expects the current rate of asset purchases to remain to year-end. Rosengren also suggests the odds of sustainably reaching the Fed’s 2% inflation target over the next two years still appear low.
•••    USD: US 10Yr UST yield posts a sharp reversal overnight from the intraday peak of 1.18% to end the NY session 5bps lower at 1.13% following Mester and Rosengren’s comments while the broad-based USD index (DXY) drops around 45 pips to close near the 90.0 level. The differing stance among the Fed speakers this week only serves to highlight that the debate on Fed QE tapering has just begun. bluesuisse.com  analysts expect the Fed to announce QE tapering at the September 2021 FOMC and commence in October with Fed hikes starting in H2’2022. Thus, market attention is likely to increasingly refocus on month inflation prints, potentially as early as tonight’s release of December CPI, where higher-than-consensus expectation could send US Treasuries yields even higher and spark a rebound in USD. While the next few months are likely too soon to see signs of sustainably firmer inflation, a number of factors can support core PCE returning to 2%YoY this year.
•••   BoE Governor Bailey hoses down talk of negative rates:
• GBP: BoE Governor Bailey’s comments overnight saying “negative rates are a controversial issue…there are a lot of issues with negative rates” sees cable rebound sharply with the subsequent weaker USD adding to sterling’s gains. Bailey’s comments help to hose down expectations for negative rates given life by BoE member Tenreyro earlier this week, suggesting that cutting Bank Rate into negative territory could have stimulative effects for the UK economy and may be needed to aid growth. Her comments had seen UK rates pricing a 10bp cut at this year’s August meeting.
• GBP: With Bailey now hosing down negative rates talk, Cable can focus on UK lockdown restrictions with the Sunday Times reporting this week that officials are privately targeting March 23 for an easing of restrictions vs mid-February. The rising prospect of a UK double-dip recession amid ongoing trade, virus, and political overhangs may see longer-term M&A and FDI capital allocation towards the UK on hold in the near term and could see a sterling struggle in the short term. But the sizable accumulation of sterling from real money accounts on dips is likely to ensure the damage is not particularly severe.
•••   Data/ events for the remainder of this week:
• USD: Market attention return to prospects for further stimulus as President-elect Biden details his economic proposal on Thursday. There is also more Fed speak to digest on the just commencing debate on QE tapering.
• USD: December CPI MoM : 0.4%, median: 0.4%, prior: 0.2%; CPI YoY : 1.4%, median: 1.3%, prior: 1.2%; CPI ex food, energy MoM : 0.2%, median: 0.1%, prior: 0.2%; CPI ex food, energy YoY : 1.7%, median: 1.6%, prior: 1.6% bluesuisse.com  analysts expect Fed’s preferred core PCE measure to return more sustainably to 2% by 2021 end. Firmer inflation is likely to solidify expectations for the start of Fed QE tapering in H2’21 with bluesuisse.com  analysts expecting the first Fed hike at 2022 end.
• USD: December Retail Sales : 0.4%, median: 0.0%, prior: 1.1%; Retail Sales ex Auto : 0.1%, median: 0.2%, prior: 0.9%; Retail Sales ex Auto, Gas : 0.3%, median: 0.7%, prior: 0.8%; Retail Sales Control Group : 0.8%, median: 0.2%, prior: 0.5% - bluesuisse.com  analysts expect a solid 0.4% increase in total retail sales , with a stronger 0.8% increase in sales in the retail control group though with substantial downside risks around the estimates.
• GBP: UK GDP Quarterly Estimate, Sep-Nov Forecast: 2.7% 3M/3M Prior: 10.2% 3M/3M; GDP Monthly Estimate, Nov Forecast: -5.8% MM Prior: 0.4% MM - November saw all regions of UK subject to new, stricter, lockdown rules. bluesuisse.com  analysts expect this to weigh heavily on GDP at levels between July and June and also expect the recovery in December to prove relatively tepid. With even stricter rules now in place for the first two months of 2021, the near-term outlook remains challenging.
• CNY : China Exports (%YoY) December: 11.2, Consensus 14.7, Prior 21.1; Imports (%YoY): 5.1, Consensus 5.4, Prior 4.5; Trade Balance ( US$bn ): 64.2, Consensus 70.0, Prior 75.4 bluesuisse.com  analysts expect exports to decelerate from 21.1%YoY previously to 11.2%YoY and envisage
import growth to improve by 0.5ppt to 5.1%YoY in December. 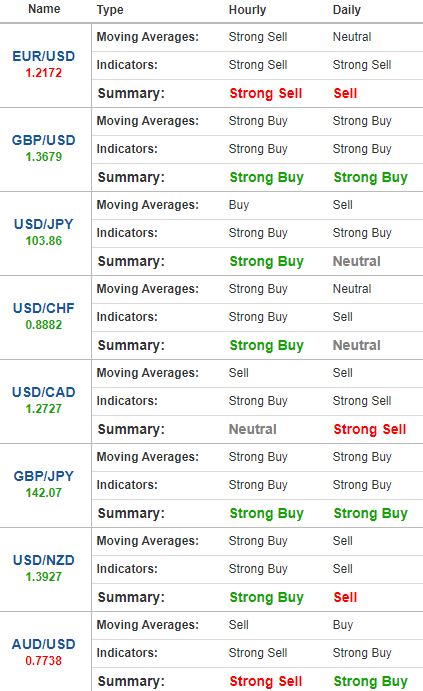 Disclaimer Important risk disclosure Privacy policy Terms and conditions Negative balance protection policy Conflict of interest policy GDPR and cookie policy MiFID client categorisation Deposit and withdrawal policy
Risk Warning
CFDs are complex instruments and come with a high risk of losing money rapidly due to leverage. 80.70% of retail investor accounts lose money when trading CFDs with Blue Suisse Limited. You should consider whether you understand how CFDs work and whether you can afford to take the high risk of losing your money. Please read our Important Risk Disclosure.

Blue Suisse Limited is authorised and regulated by the MFSA (Malta Financial Service Authority) holding Category 2 Investment Services license nunber IS/59928. For a copy of the license please click here.